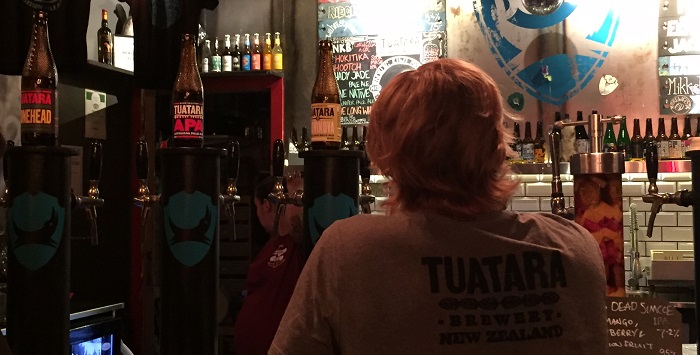 Tuatara is in town for the beer and whisky festival in Stockholm, and while here they have also had a tap takeover at the popular pub Brew Dog on Kungsholmen in Stockholm. Tuatara has partnered up with NKB (Nordic Kiwi Brewers) and brewed a Sour IPA beer called Hokitika Hootch. The Brew Dog pub takes in guest brewers from time to time and yesterday they had a New Zealand theme serving the Hokitika Hootch as well as Tuatara’s APA (available at Systembolaget – click here for more information), Sauvinova (Single Hop Pale Ale) and Cone Head (Air Hopped IPA). All in all it was a good turn out, and it was great seeing so many people sitting around enjoying some Tuatara deliciousness!

Don’t miss the chance to go to the Stockholm beer and whisky festival (for more information click here) before it is over at the end of this week. You will be able to find both Tuatara and NKB there in a shared booth. 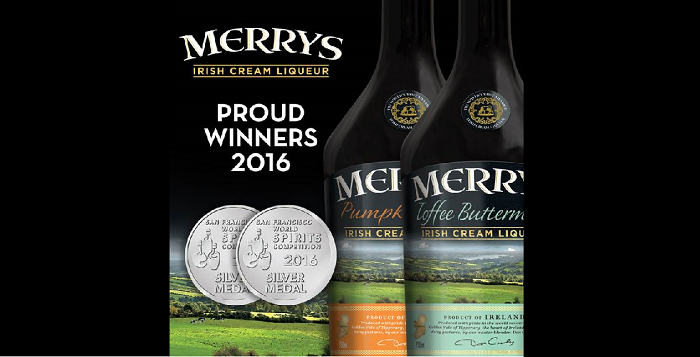 2 weeks ago Merrys’ Buttermint and Pumpkin Spice Liqueurs received silver medals at the San Francisco World Spirits Competition (SFWSC). Since its introduction in 2000,…

Exactly one more day and you will be able to find Eger Kékfrankos Merlot by Kiss és Társia Kft at Systembolaget! The bottling has been completed…

Twenty one years after its unique formula and taste was first produced and perfected in Clonmel, Co. Tipperary, Ireland, Merrys Irish Cream Liqueur is celebrating…

The New Zealand hops Nelson Sauvin has grown in popularity worldwide in the past few years, and Swedish beer and wine journalist for the magazine…